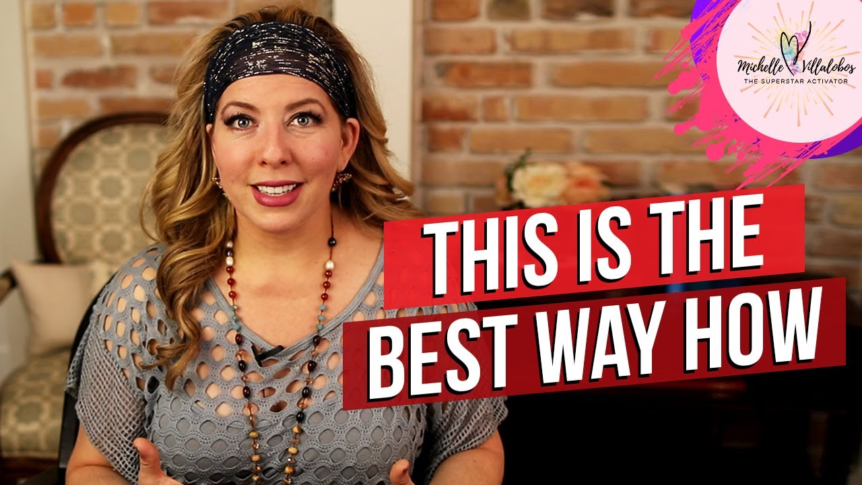 Interestingly, the fear of rejection is both natural and universal; it’s evolutionarily programmed into us. For tens of thousands of years before modern civilization, we lived in tribes as hunters and gatherers, and it was dangerous to be alone in that type of environment. We needed our tribe around us to survive, and the worst punishment one could face was to be banished from the tribe. Banishment = death.

As a result, every living human has a deeply ingrained fear of not belonging, of being left out, of being cast out, or of being rejected.

Aside from our evolutionary history, the fear of rejection can also be triggered and intensified in childhood. Even if we had the best childhood, most of us had at least some experiences that were “traumatic,” and that’s because to our little 2 (or 3 or 4 or 5) year old brain, even small things can feel traumatic.

Even seemingly benign situations can trigger a fear of rejection that may rear its ugly head later in life. For example, in 2nd grade, I misspelled an easy word in a spelling bee in front of the whole class, and I was mortified. That fear of making a mistake in public stuck with me for a long time.

The good news is you don't have to remember what the situation was (if there even was a situation) in order to move through it.

The last thing that I want to address before we get into the “how” of overcoming the fear of rejection, is that at its root, what we really fear is just feeling a feeling. That's it. 10,000 years ago when we were cast out from the tribe, we might have a real fear of death. But in the modern world that we live in today, the fear of rejection is really just the fear of feeling the feeling of being rejected.

Think about that. Rejection doesn’t equal death (anymore) – but sometimes we act as if it does. And what we’re really avoiding is just a feeling. A yucky feeling, but just a feeling nonetheless.

So, here are the steps to overcoming the fear of rejection.

Let’s use the example of being interested in somebody romantically and we're scared of being rejected by them. Facing the truth means facing the fear of what it would mean about us if we were rejected. Would it mean that we are worthless? Would it mean that we're not pretty enough, not young enough, not skinny enough, or not successful enough? [Watch the video to go into greater detail here].

Step two is to feel the feeling. Now, this can be really scary especially since I've just shared with you what lengths will go to to avoid feeling the feelings. So, what we want to do is sit still, go inward, and actually consciously and intentionally feel the feeling of rejection. Sit and visualize the rejection. What does it feel like? Ask yourself: “What would happen if they rejected me? How would I feel?” Purposely being with that experience and feeling the feeling can go a long way towards defusing it and taking away some of its power.

Step three is refocus on what we actually DO want to feel. How we do this is by visualizing the scenario of stepping up courageously, and really anchor in the feelings of courage and boldness in the act of facing rejection (rather than from an intended outcome). This doesn’t mean we can’t visualize a desired outcome, but it’s important to anchor the positive emotions to taking the risk, not to the outcome. That’s because if we attach the good feelings to an outcome, then we’re back in the same boat we started in, namely letting our self-worth be determined by something or someone outside of us. [Watch the video for more details].

The fourth step is putting it into consistent practice. It means paying attention and having the self-awareness to even notice that there IS a fear of rejection, and then going through the above steps to face the truth, feel the feelings, and refocus.

Now maybe the feelings of fear won't completely go away, but these steps will help you to do it anyways, to “Do It Afraid.”

If you liked this video and you want to learn more about working with me to help you uplevel your mindset in your business and life, then visit www.SuperstarActivator.com/go.

I can help you align what you do with who you really are, so that you can shine your light and bring your gifts to the world, joyfully.