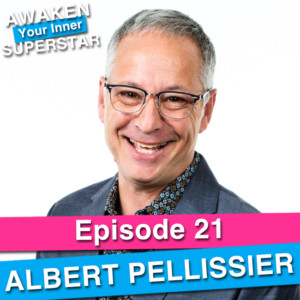 If you are somebody seeking more meaning and fulfillment from your work, listen up! This interview will be interesting especially for those thinking about making a big career shift relatively late in life.

Albert Pellissier is the incoming president of the NSA New Orleans as well as the founder of Man Up, an organization that works with men to bring more meaning, fulfillment, and fun back into their lives by attending his Man Camp retreats.

Albert tells us how he went from his safe but lucrative vocation to following his soul’s purpose and how he’s monetizing his mission.

“You weep for all your potential that has been bartered for security.” – Og Mandino

“You can produce, you can make all the money you want and you can still have a great time, too!” – Albert Pellissier

“If there’s something, no matter how shiny of an object it is, if it doesn’t fit with what I know that I’m capable of, I don’t chase it.” – Albert Pellissier